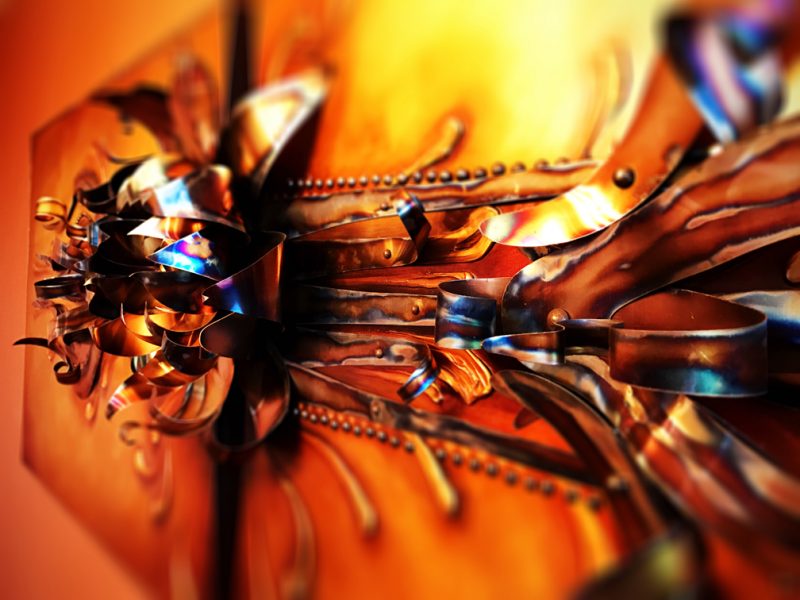 Commissioned by: Patricia–Portland, OR
Materials Used: Heat painted stainless and oil paint on wood in steel frame with a compass centered in the lotus

This piece was all about knowing where priorities and true North is -at all times. Two strong Partners, depicted by two separate sides of the artwork and each having one end of a Vajra were bridged by a stainless lotus with a compass nestled in the center.

The Vajra is a Hindu symbol of the masculine, a weapon to abolish ignorance, often called the double lightening bolt or thunderbolt. The Lotus is a symbol of the feminine, opening and ascending thru darkness and muck toward the light–flowering at the waters surface.

A compass is nestled in the center.

The three symbols I felt were powerful to the amazing direction of their lives and perfect for their blended families. 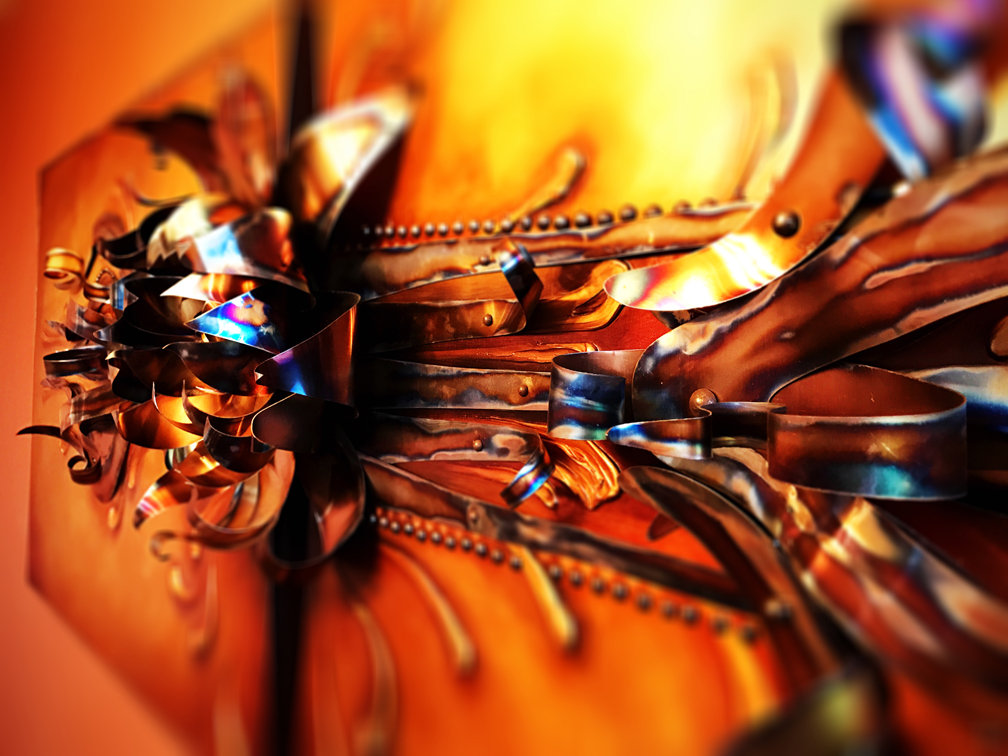 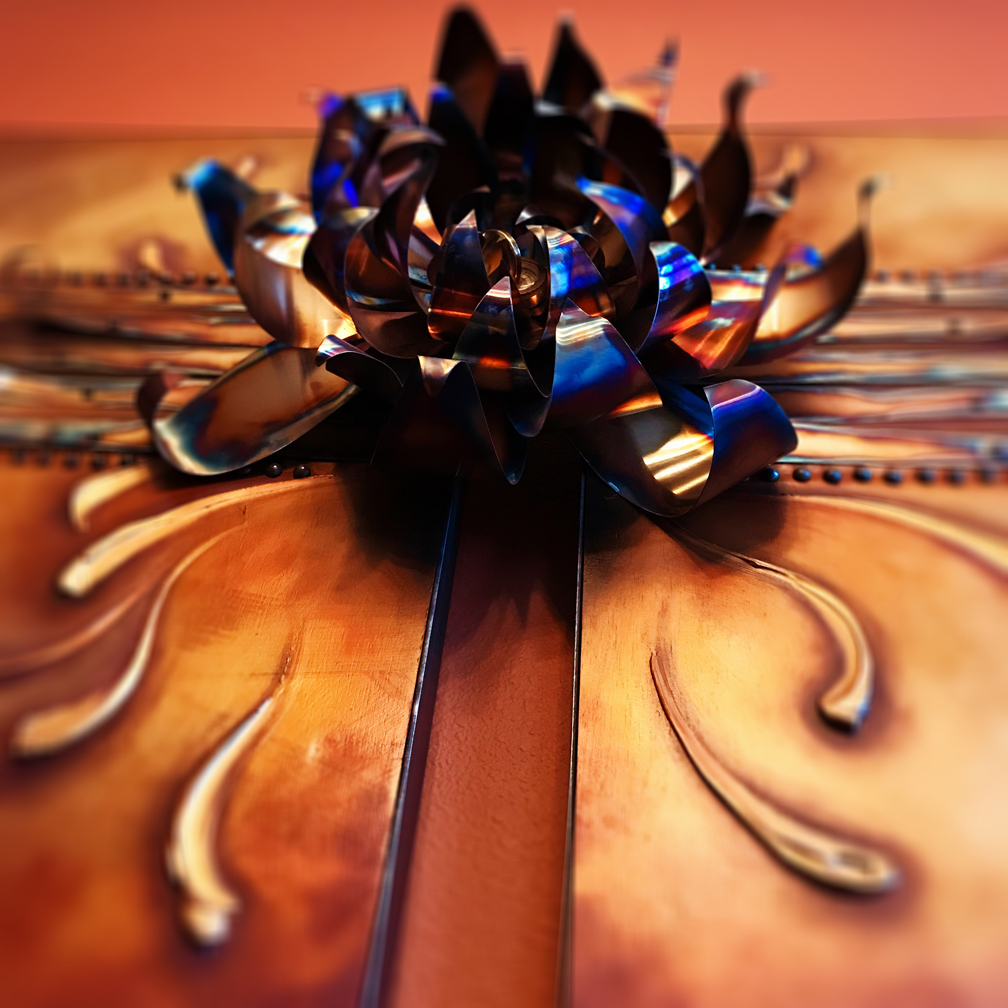 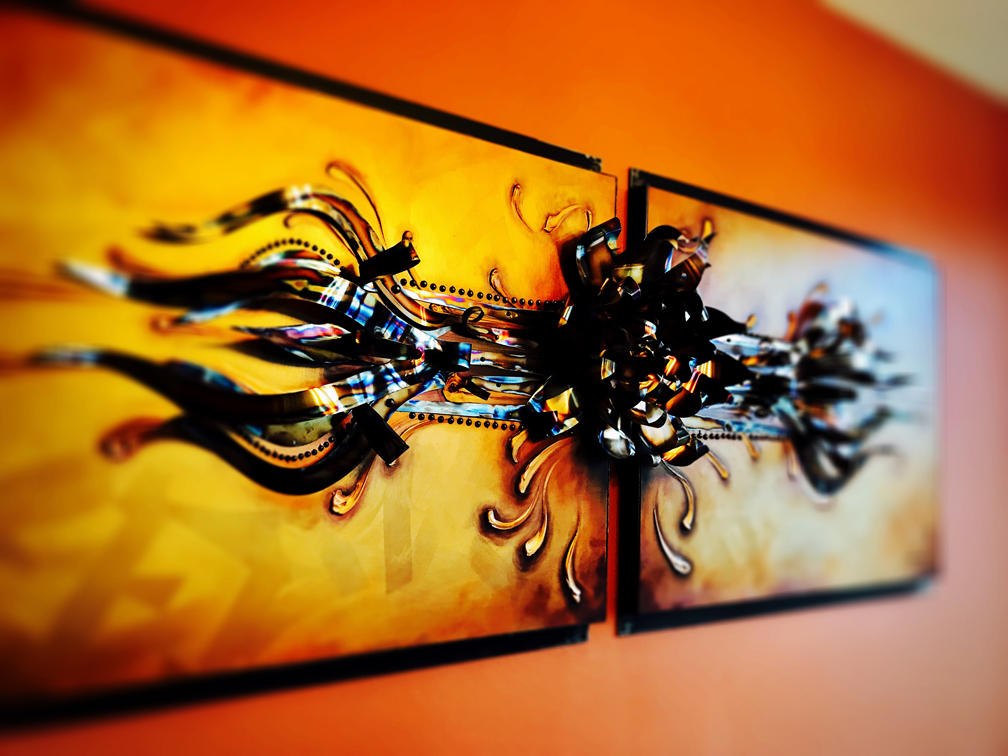 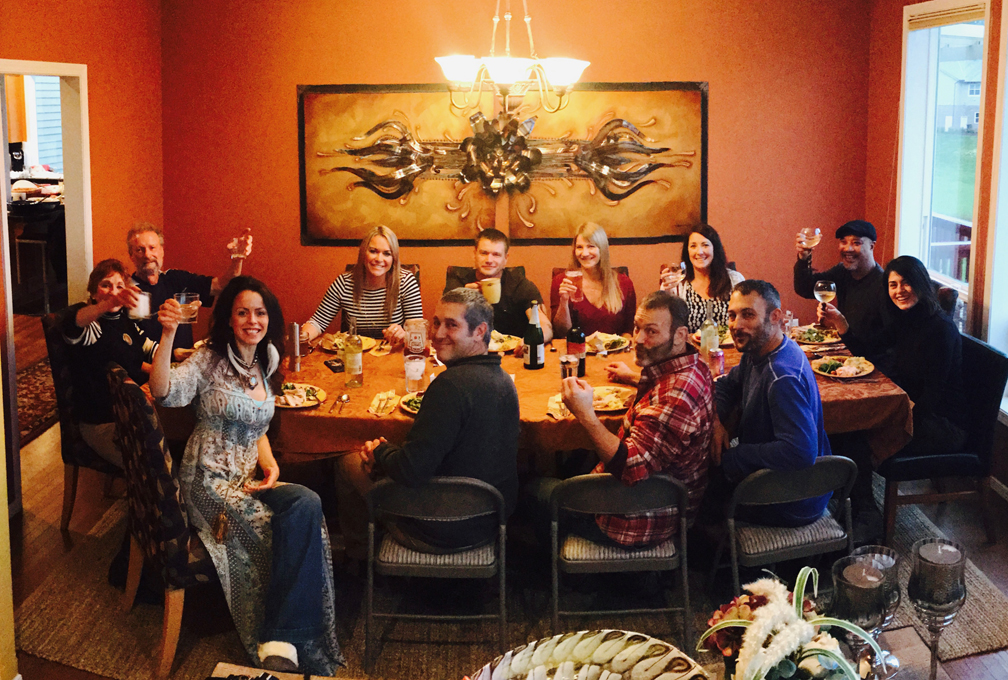