Handala- A Mandala of Hands 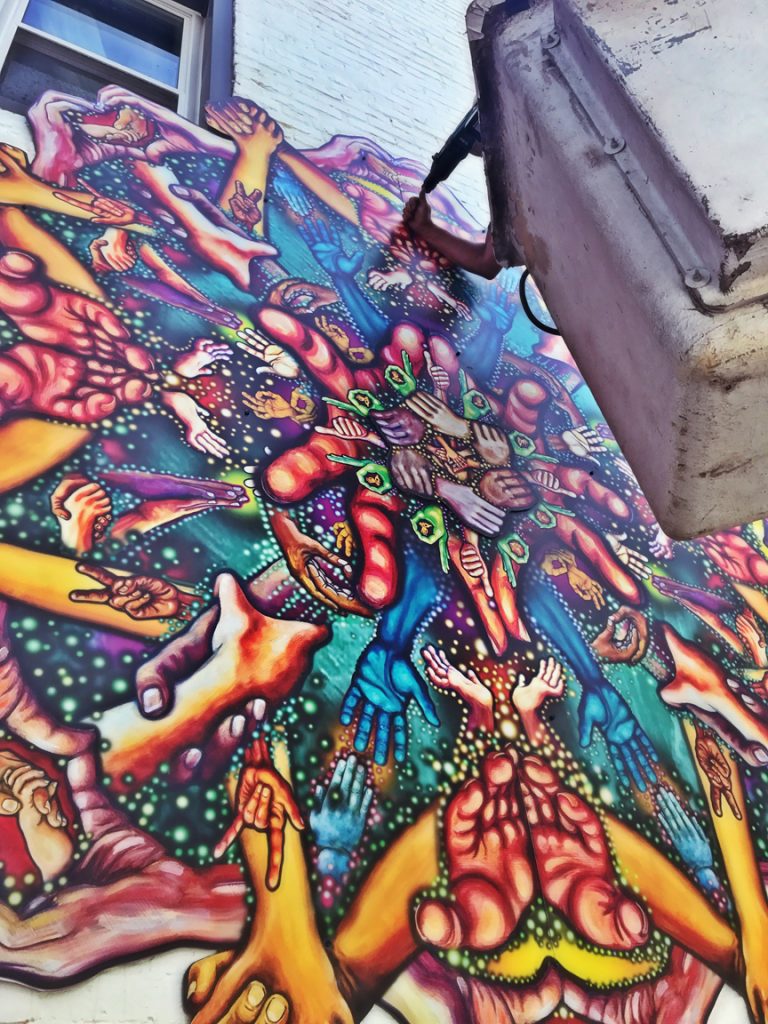 Ryan Pattee approached me about doing a mural on the side of one of his new properties at 2433-2435 W. National Avenue in Clarkes Square Neighborhood in Milwaukee. He was already involved in the Neighborhood Association and there was a competition for the commission. My proposal integrated the community at the beginning and  conclusion of the project. My vision was a Handala, a mandala of hands. I’ve seen and been amazed with mandalas in every culture and era in Human history as I’ve traveled this Earth… in rose windows, sacred circles, native shields, medicine circles, Tibetan sand sculptures, Hindu art and on and on. The other universally recognizable visual is our Hands. We caress  our children, build, make art, hold tools, write and create wonders and emotion with our hands. My intention was to unite the people of this community in celebration of what we all have in common.

At a neighborhood festival we set up space to photograph everyones’ hands in beautiful positions. I then created originals of oil on wood and in Photoshop arranged them in concentric patterns to make a Mandala. The piece was installed, and then I painted an organic uplifting mural behind it -an official Welcome to Clarke Square! The grand opening was a party for the Neighborhood with a reception, food, and art projects for kids. We added pieces of mirror I had cut to the perimeter of the Handala. These Mirror Seeds were symbols of what we all put out there as emotion, inspiration, language, love, and intention. Lighting was cantilevered over the building to illuminate the mural. As the lights change, the different aspects of the mural come to life and the mirrors twinkle. Later that month, the Mayor and other city officials spoke on site about the unifying qualities and lasting  effects of the project…. a true transformation of an empty old building to a meaningful vibrant declaration of vitality. 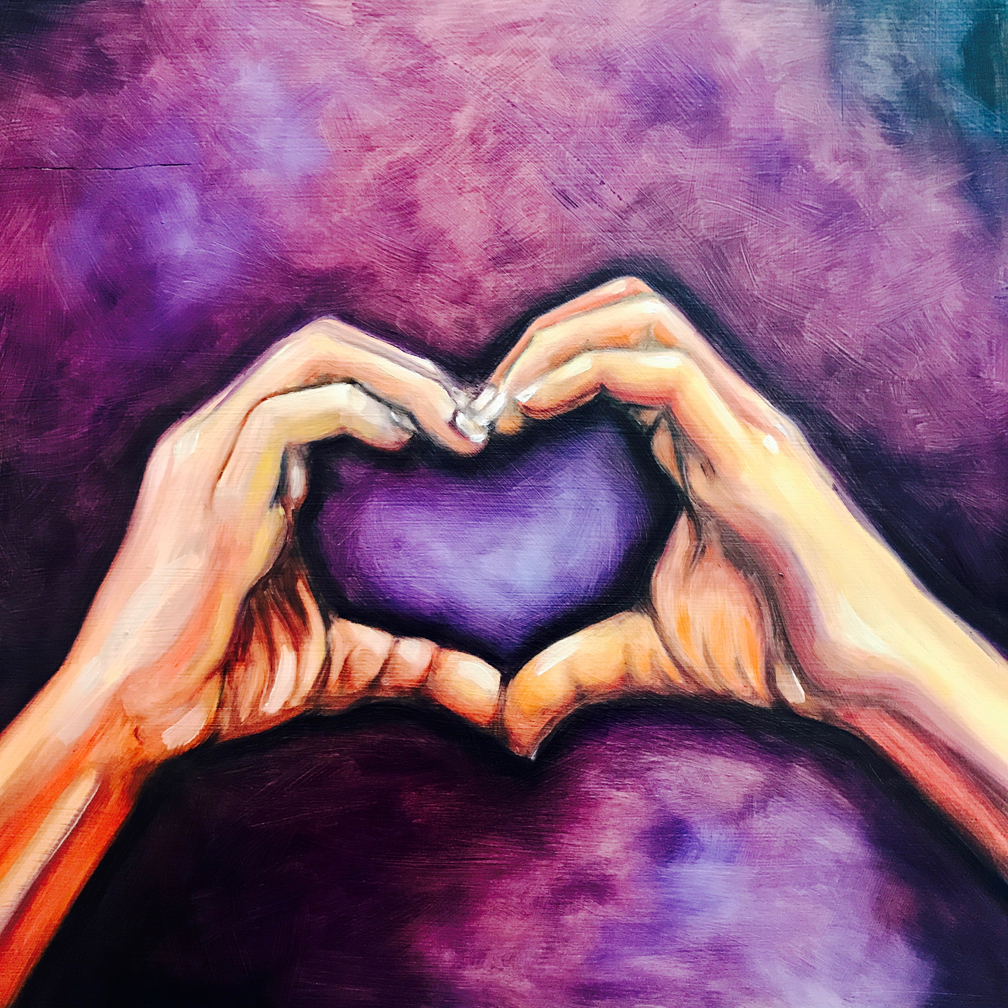 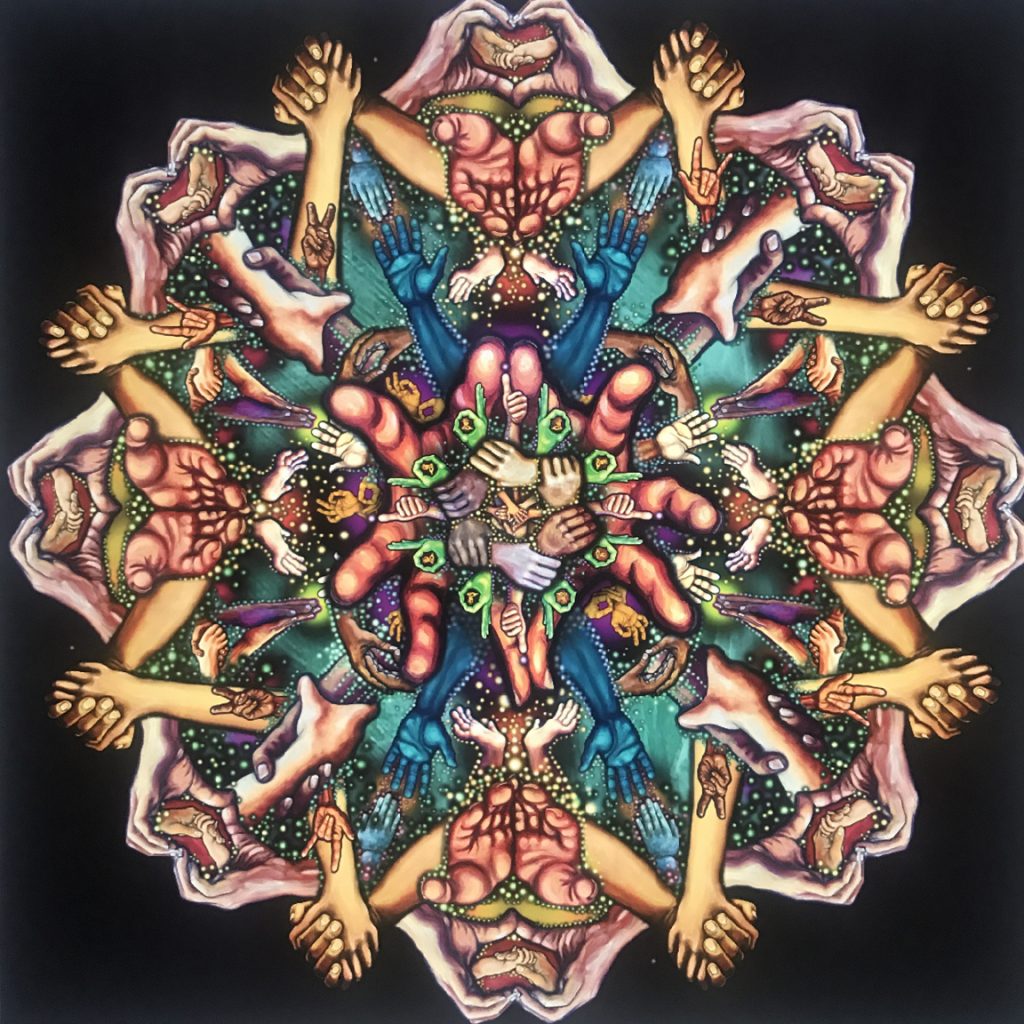 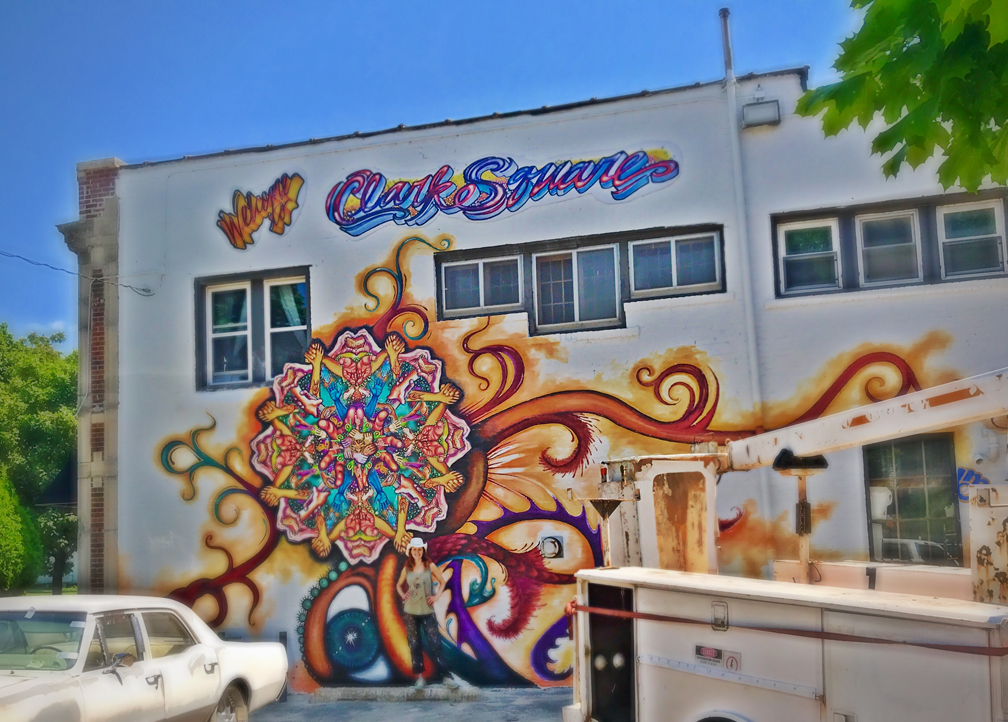 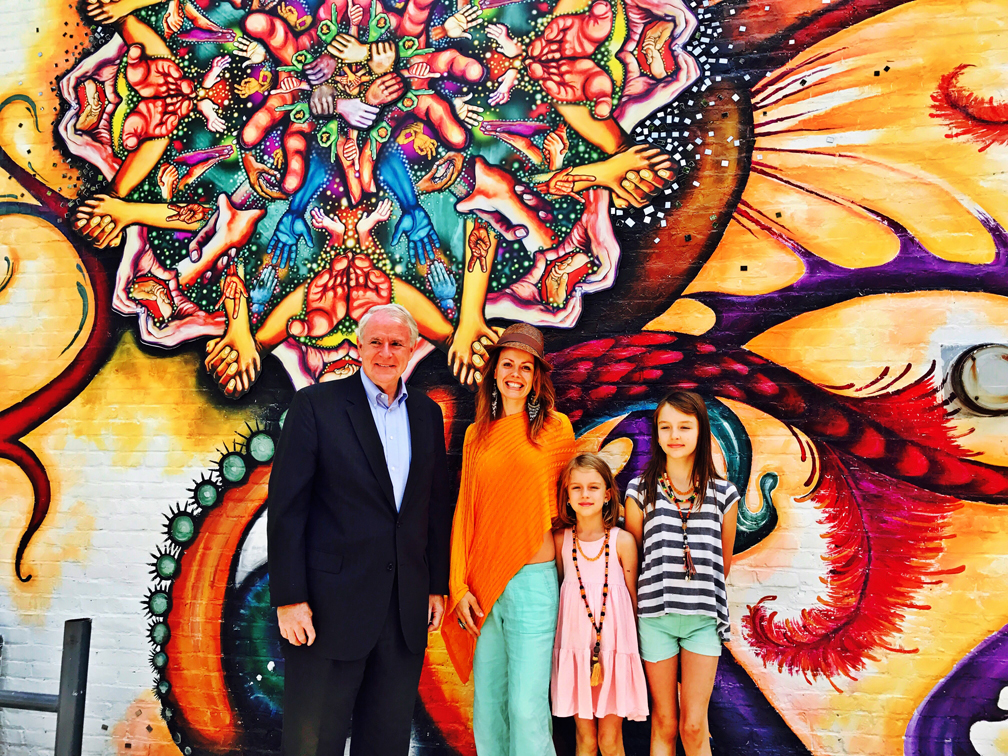